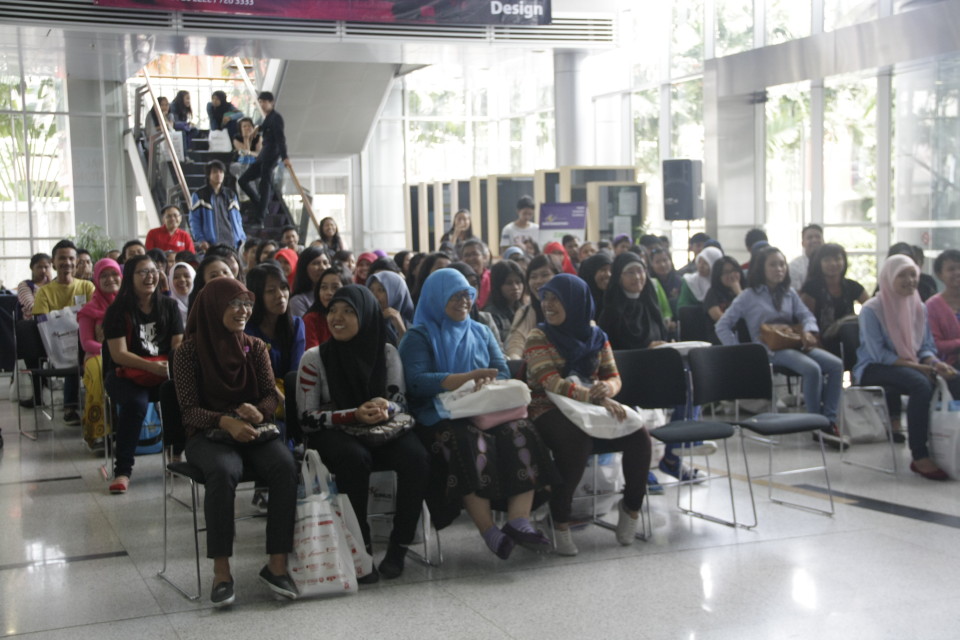 BINUS INTERNATIONAL Day 2014 was held on February 4 at the JWC campus in Senayan. Unlike in previous years, it was held separately from other student activities.

The objective of the event was to make BINUS INTERNATIONAL even more of a household name in education, and introduce the university’s academic approach to the public. The three hundred participants mostly came from senior high schools in Greater Jakarta. Parents and the general public were also invited.

During the event, students who had registered could proceed to the photo booth to take pictures with their friends. Then, accompanied by the committee team, they had a campus tour where they were introduced to the facilities, giving them a taste of what it is like to attend the institution.

There were also workshops for the students and a seminar for the parents. The workshops were open for all programs or faculties: Accounting, Hospitality & Tourism Management, International Business, Marketing, Fashion design, Fashion Management, Graphic and New Media, Computer Science, Information System, and Communication & Film were all represented. The workshops were led by the heads of program of each faculty, who were helped by the lecturers and students. Students not only acquired information related to the programs and the associated fields of work, but also received training on how to apply some skills. For example, in the Fashion Design program, students were taught how to make proper batik cloth, and during the Computer Science program, students were shown an application to develop games.

BINUS INTERNATIONAL Day 2014 concluded with a performance by the Binus Musical Society (BIMUS) and the announcement of the lucky participants who won vouchers and merchandise. “The hope is that high school students become more familiar with the programs and advantages of this university, and that the event can improve our image with our target market,” said Indrayanto Chandra, Head of Marketing. (FG)