WRITERS WEEK 2019 – Writing and the Youth 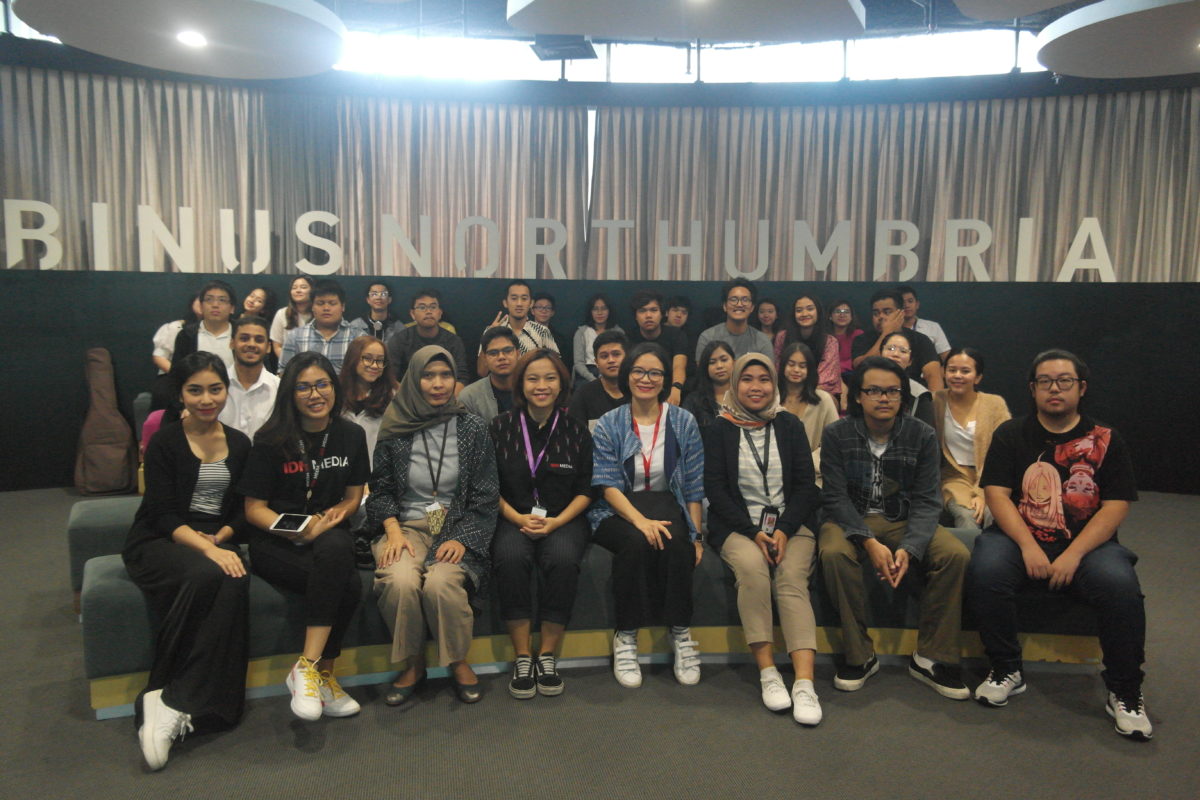 JAKARTA — The Communication Program of Binus University International once again held Writer’s Week with the theme “Writing and Youth” to provide a platform for students of the program to learn the current trends and the future of writing industry.

The third edition of the event was held on 13 and 17 December 2019 which took place in the Auditorium of Binus FX campus at Senayan.

The first speaker giving the talk on the first day of the event was Erina Ayu Karina (Ayu) who shared her story and knowledge about working in the IDN Media, as well as her experience on how to create the perfect piece to be published.

Representing the IDN Times, she promoted the organization’s goal which is to positively impact the society by delivering top quality news.

She advised the students to improve their literacy skills in order to become a good content creator by considering the importance of great idea and planning.

‘”A good writer is a good reader,” Ayu highlighted.

Ending her speech, Ayu share her tips to the students that writers should always make sure to use the right format, together with utilizing the right media and approach.

The second speaker delivering a talk in the afternoon session was Yosi Mokalu who is now appointed as the 2019-2020’s chief of Siberkresi, the NGO working on digital literacy campaign.

As a public figure who has more than 20 years of experience in the country’s music industry, Yosi talked about the importance of spreading positive content to counter the dominance of negative content in today’s digital environment.

Yosi shared his experience in creating content that is fresh, easy to absorb, and can appeal to all ages through his YouTube-based media production house Cameo Project.

He highlighted that, “there is no theory that can make a video go viral.”

“Those who only aims to be viral has limited creativity, we should be brave enough to come up with an original content”, he added.

He also gave the audience some useful tips and advice on how to create great videos—starting from brainstorming, planning, pre-production and post-production process.

Several outstanding videos which he created with his team in Cameo Project were shown to the audience as examples.

One of the videos shown was a music video entitled “Ayo Nonton #AsianGames2018” to encourage people to participate by showing their support to Indonesian athletes.

He expressed that the pre-production process was the most challenging part in which it took the whole day and involved 300 people.

Speaking on the second day, the last speaker in the Writer’s Week 2019 was Maman Suherman, who delivered an eye-opening speech about the portrait of literacy and social issues in Indonesia.

Maman Suherman, or better known as Kang Maman is a journalist, creative consultant, and literacy activist.

He has written more than 14 books, one of which titled ‘RE:’, a touching true story about a woman who got into human trafficking by force, trying to survive in the dark side life in which she lived in.

During the talk, he presented a few data on Indonesia’s literacy rate, one from UNESCO—in which it was mentioned that only 0,001% of Indonesians have interest in reading books.

From that fact, he started speaking about the importance of reading on a daily basis, especially for students and aspiring writers.

Kang Maman admitted that he can read up to 30 books before he begins writing one himself—an outstanding number of books indeed.

The point that he was trying to convey to the audience was how the importance of being literate is actually bigger than what people may think.

As students, it is crucial that we master writing skill as most assignments (especially in Communication major) require that.

He ended his seminar with an inspiring yet motivating note; “whatever is written should only be about the truth—nothing more, nothing less.”