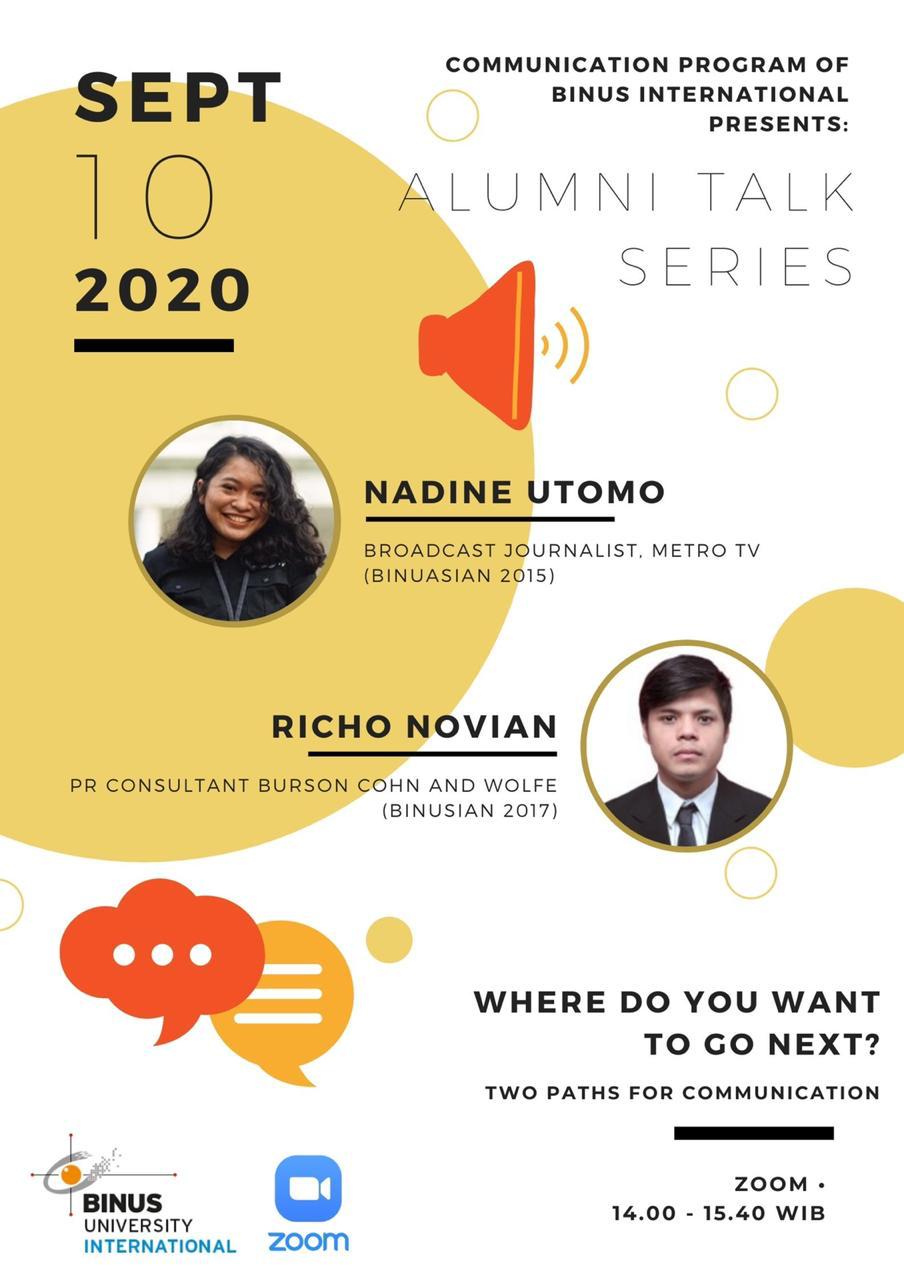 “Where do you want to go next? Two paths for communication” was the theme of Alumni Talk Series that was held on 10 September 2020. 2 alumni became speakers on this event, they were Nadine Utomo (Binusian 2015), working as Broadcast Journalist at Metro TV and Richo Novian (Binusian 2017) who is working as a PR Consultant at Burson Cohn and Wolfe. The alumni shared their experiences regarding their work field. Students who joined this event were expected to broaden their perspective about different role they can take after they graduate.