Through Youthphoria, BINUS UNIVERSITY INTERNATIONAL and BNN Fight against Drugs 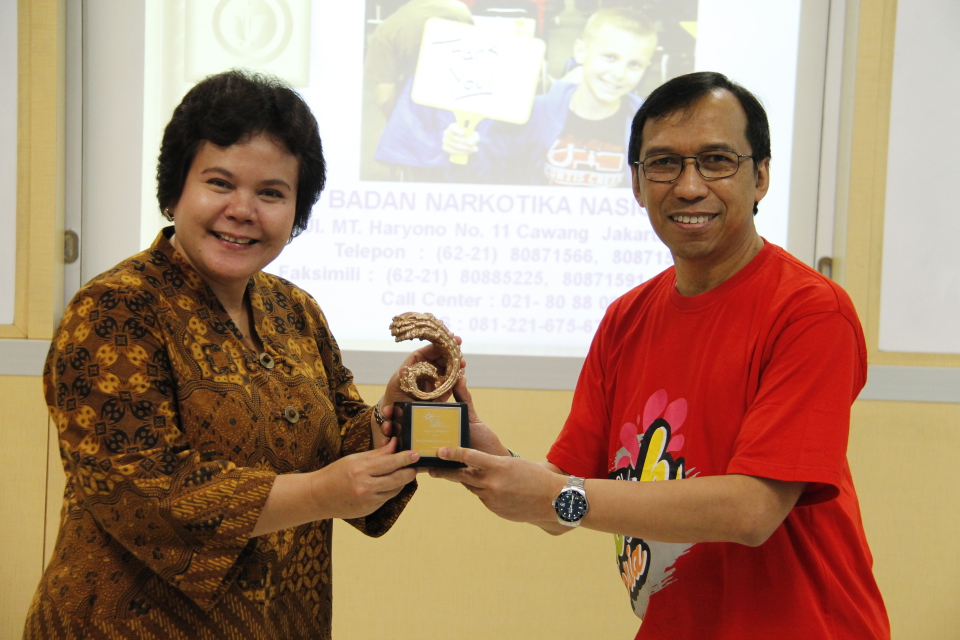 A recent study stated that cannabis users perform weaker in math tests than non-users. Given that cannabis is seen as the ‘softest’ of illegal drugs, it is important that students realize the consequences of substances their friends might say are innocuous.

In order to warn young Indonesians of the dangers of drugs, BINUS INTERNATIONAL held an event called ‘International Youthphoria’ in collaboration with Indonesia’s National Narcotics Agency (Badan Narkotika Nasional-BNN). The seminar ‘Narcotics in Indonesia’ featured a guest speaker from BNN, Dra. Sinta Dame Simanjuntak, M.A, as BNN’s Alternative Empowerment Director. The seminar was attended by concerned parents who wanted to find out strategies to prevent their children from becoming victims of the drugs scourge.

As a university that is well-known for its zero-tolerance policy on drugs, BI collaborated with BNN to provide full awareness to the parents on the danger of drug abuse.

“Drug abuse means a gloomy future – it is a prison, it is death. Therefore life without drugs means living with a chance of a bright future,” said Dra. (AS)