At Binus International, English is used not only as a medium of instruction, but as a living language. Students and lecturers communicate with each other in English in and outside of the classroom. You can often hear English phrases peppering the students’ conversations, and it is the lingua franca between local students and the international students. English Language Services (ELS), a support unit at the Joseph Wibowo Center (JWC), is responsible for the development of English on campus and runs an annual event to promote the fun side of English. The series of events has been running under various names for years and is generally referred to as ‘English Week’. Last year’s events, held from the 9th to the 18th of December, were called ‘Always English’, to encourage the students to think of the language as a tool that they can always use to communicate effectively in an international environment.

The organizers, Mark Moloney, Mita Konstantin, and Russian AISEC intern Maria Bubnova, started work on the preparations for the event in early September to make sure they could plan a series of events that were eye-catching and relevant to the students’ interests. The main objectives were to retain the most popular events from the previous year and add more physical and visual activities, in keeping with the ‘visual’ nature of modern students and their multi-tasking thinking style. The tasks were designed to get students to practice their English to complete tasks, not to ‘teach’ new English. As much as possible, they wanted the tasks to be unlike a classroom environment, to appeal to the less academically inclined, as well as those with strong communication skills. The prizes were MAP vouchers to the tune of Rp 450,000 for 1st place, Rp 200,000 for second, and Rp 100,000 for third. A Samsung Galaxy Ace 3 would also be given away to a raffle winner.

The first Always English live event started on Friday 13th (ooooh) with an SMSing competition called ‘Fastest Fingers First’. The competitors had to send a series of increasingly difficult text messages while running a relay race in the front lobby of JWC. With their friends cheering them on, they took to the challenge strongly. After 30 minutes of fast-fingering the winners were announced. Later that evening a multimedia trivia quiz was held, but fell victim to the first really prolonged rain storm of the season.

The following week started off with a ScrabbleBlast competition in which competitors played each other for random periods of time and were under pressure to think quickly. In the evening, the ‘Say What You See’ event was held. Competitors had to watch short, visually arresting YouTube clips and then answer observation questions.  This event was very popular and vindicated the organizers plans to make the events more visual.

The following day the ‘BINUS Amazing Race’ was held, with students running all over the campus completing tasks to collect gold stars. This event was quite spectacular at the start as the contestants could only join if they found golden tickets contained in 150 balloons that rained down on them from the fourth floor. Thirty students, each representing a team, had to pop the balloons to find the tickets. After five minutes of chaos, the winning teams began the Amazing Race. With clues placed all over the university, the teams had to run up and down stairs, and complete mental and physical tasks.

Later that day, there was an event called ‘4 Pics – 1 Word’, based on the phone app of the same name. This event was very popular and the competition was very close. The clues, made by Mita, were challenging and provoked lots of ‘ooohs’ from the contestants.

Tuesday 17th was the final deadline for the poster-designing, short story and essay-writing competitions. The contestants in these events produced “an amazingly high standard of work”, according to judges Charles Schuster and Bradley Bryant (an award-winning artist and an award-winning writer respectively). It was tough to choose the winners, but after a lengthy marking process, the winners were found.

The closing ceremony was marked with an amazingly well-choreographed flash-dance by lecturers, staff and Braddy Perry (really, you had to be there!) and the giveaway of a Samsung smartphone to a lucky raffle winner. ELS clearly put a lot of work into Always English and the students really enjoyed themselves. Many of the contestants expressed interest in joining the events next December. Mark Moloney, the events’ main organizer said “I am already looking forward to Always English next year. I have had a few new ideas that I am working on that I think will be a lot of fun. I am really lucky to be surrounded by clever, creative and supportive colleagues, who put a lot of time and effort into making sure the events went smoothly. My sincere thanks go to them. I hope to see even more students join in next year!” [MM/KF] 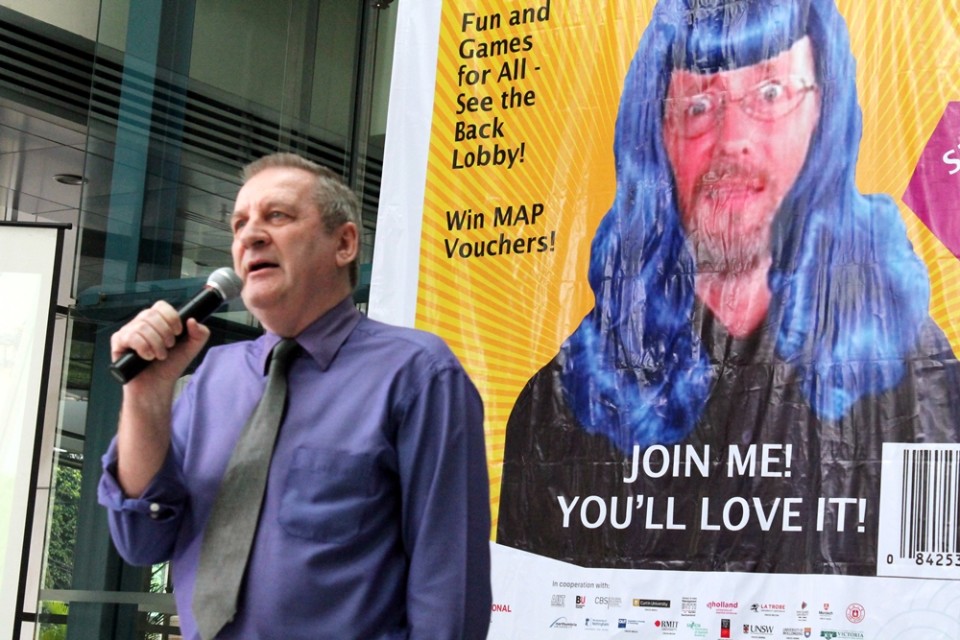 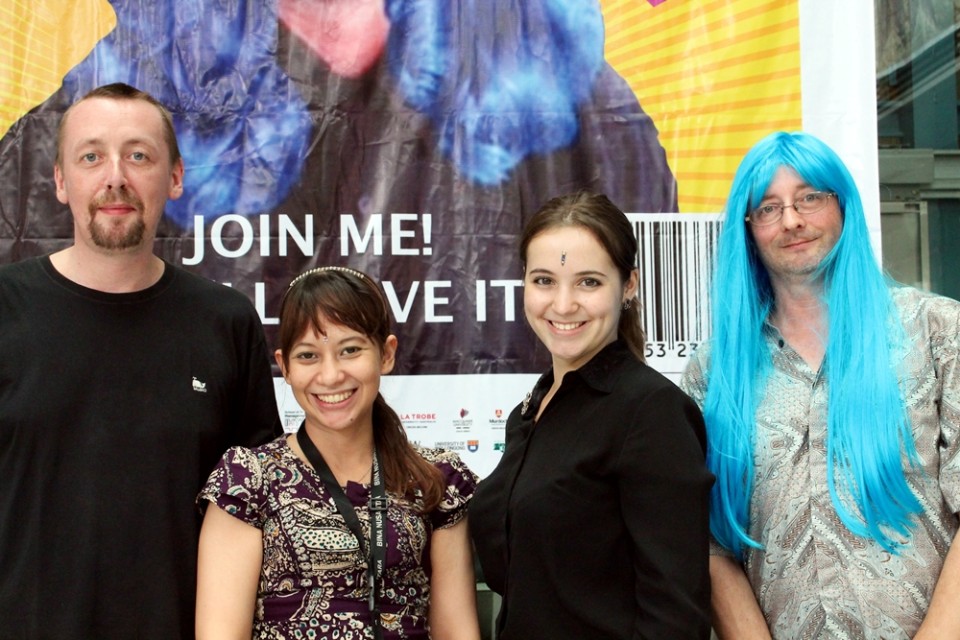 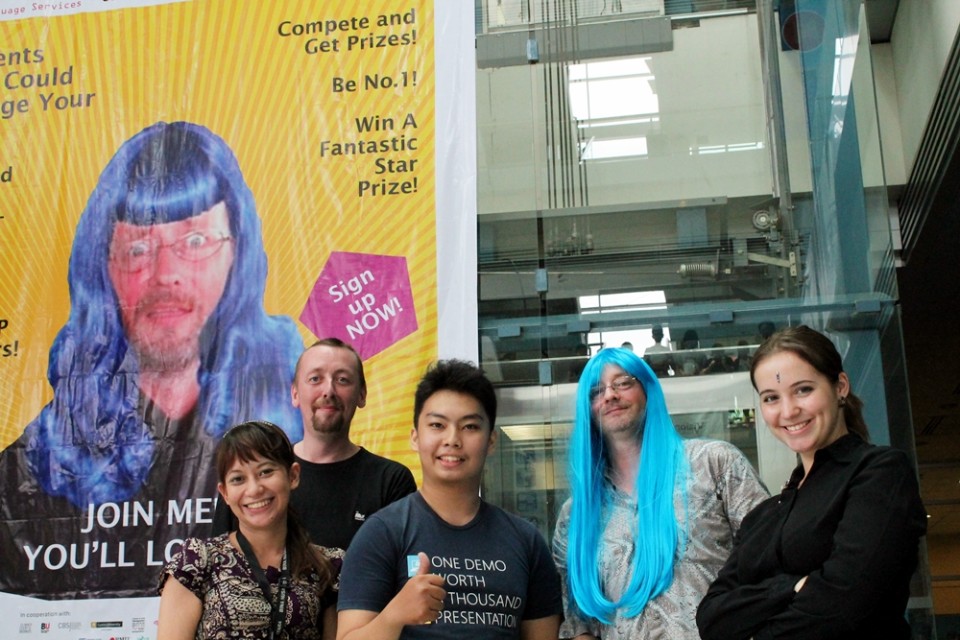