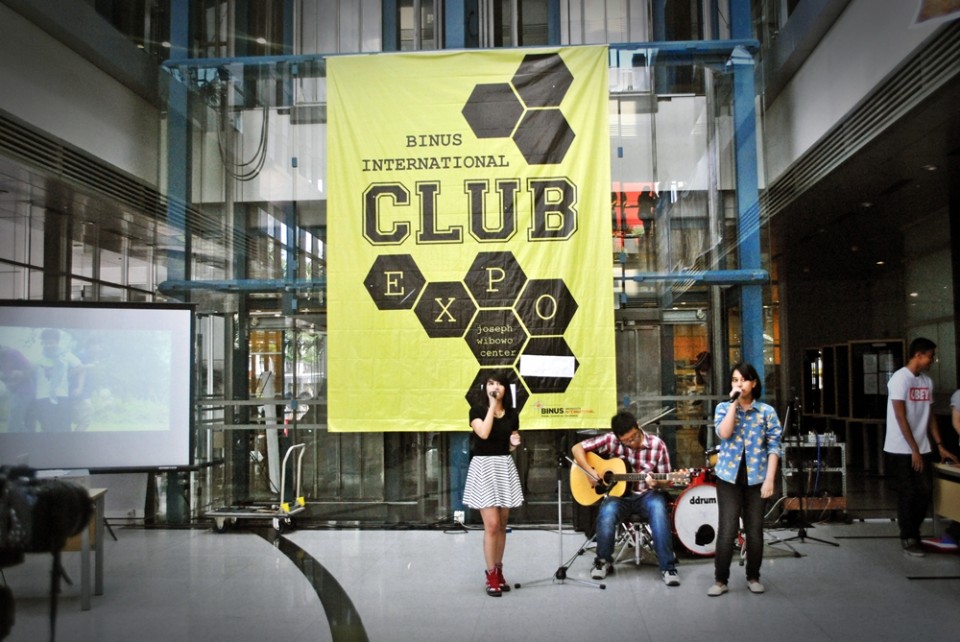 At the 2013 CLUB EXPO event, held by the Student Committee (STUCOMM) at BINUS INTERNATIONAL from October 2nd-to 4th 2013, the Head of Student Academy and Knowledge, Andira said that she was hoping that the next generation of the student committee would be able to maintain the high values that STUCOMM has become known for.

The annual event, which was held at the Joseph Wibowo Center campus, is a tradition at BINUS INTERNATIONAL which is held to attract new students so that they will join student clubs that will complement their learning experience. Almost every inch of the campus lobby was occupied during the event.

The BINA NUSANTARA English Society (BEST) stand had the most visitors at the event. The club has maintained its popularity just like previous years as the students’ favourite club.

Andira added that it would be good if 2017 BINUSIANs would join in every club at the 2013 Club Expo. The third-year student was convinced that there would a lot of positive outcomes by joining a club, starting from learning how to be responsible with their job descriptions, and developing professionalism and commitment.

During the event, which took a whole month to prepare, the Voices of BINUS and BINUS INTERNATIONAL Music Society added more excitement to the event by performing songs to entertain all of the participants at the event. (Karunia Fransiska)